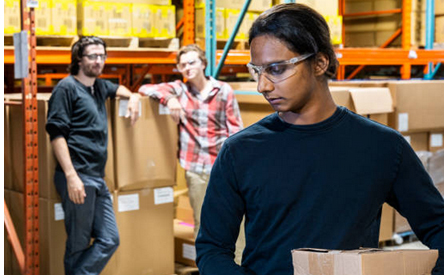 It is a sad truth in South Africa, primarily stemming from our tumultuous history, that racial, gender and other forms of workplace discrimination are all too common.

When discrimination occurs in an employment context there are rules to encourage protection for employees by their employers given that there are power dynamics and disparities between employers and employees – and, often, among employees themselves.

The question then arises as to what an employer’s duty is to prevent or eliminate such conduct?

Section 60 of the Employment Equity Act of 1998 (“the EEA”) addresses this question. It provides that the as soon as workplace discrimination is brought to an employer’s attention, it must “consult with all relevant parties and … take the necessary steps to eliminate the alleged conduct”.

If an employer fails to do so, it will be held liable for the same contravention, unless it can prove that it did all that was “reasonably practicable” to eliminate the alleged discriminatory conduct.

The effect of section 60 has been dealt with in a number of judgments.

The courts have held employers liable where the employers, despite being informed of the discrimination, did nothing for a long period of time or where employees who were found guilty of serious discrimination, were given insufficient sanctions such as verbal warnings. This is because these failures on the part of employers will not prevent the discrimination from reoccurring.

It is therefore important for an employer to be able to show that it took the necessary steps to prevent the discrimination as soon as it became aware of the discrimination. This can be done by suspending and disciplining the alleged perpetrators or by transferring affected employees at their request.

It is also important to note that the Courts have held employers liable where the conduct was not work-related but took place on the employer’s premises.

Employers have not, however, been held liable in terms of section 60 for customers’ or clients’ conduct.

Employers must therefore investigate a complaint of discrimination immediately and take steps to deal with and prevent the conduct from reoccurring.  If they fail to do so, they run the risk of damages being awarded against them.

BCHC: When can employers expect employees to retire?

Written by Danny Hodgson Traditionally, most employees retired around the age of 65. However, there…

BCHC: Is there a rule against re-employing a dismissed employee?

BCHC: Termination of employment without a hearing